Stonnington Council appears hesitant. They believe another proposed path at Markham Ave will resolve the issue - unfortunately it will not.

All roads lead to Rome? 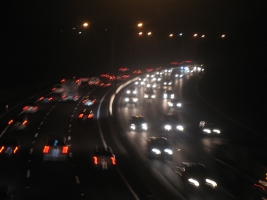 The East Malvern Station footbridge is to be replaced. The new footbridge will be able to connect to the proposed path easily.

The area where the proposed path is located has been completely devastated by the M1 works. Restoring the area with a path included should not add too much to the overall cost. It is now State Government policy to always consider cycling when road works are undertaken by VicRoads.